HOW MUCH DO YOU KNOW ABOUT VICTIMS’ RIGHTS? 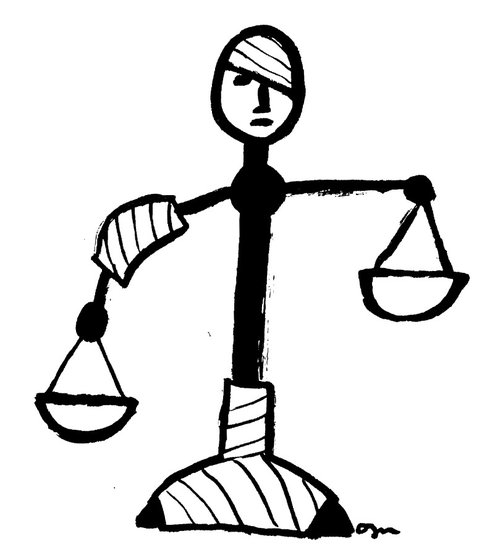 One feature of Marsy's Law requires that victims be advised of specific listed rights. The law also created another constitutional right not on the list. On list and off list makes a big difference. Most people have had the grocery store list experience: you're told about one more item on your way out the door. But once at the store, it is very easy to forget that item not on the list. Unfortunately, this is what has happened with Marsy's Law —a new constitutional right not on the list is being 'gnored in most criminal cases.

This new right is the victim's right to counsel, now in Article 1, 28(c)(1) of the California Constitution. The constitution authorizes a victim to have an attorney to enforce his or her rights: victim, the retained attorney of a victim, a lawful representative of the victim, or the prosecuting attorney upon request of the victim...may enforce the rights enumerated...in any trial or appellate court...."

The victim's right to counsel is not the same constitutional right to counsel as that of a criminal defendant. The criminal defendant's right applies whether or not the defendant can afford an attorney. There is no obligation of the state or county to pay for a victim's attorney. To make this clear, the constitution refers to "the retained attorney of a victim." In other words, an attorney paid for by the victim.

Nevertheless, the constitution says the victim has choices: assert his or her rights by himself or herself, or through an attorney or by working with the prosecutor or another lawful representative. But most victims don't have a choice for the simple reason they are not aware of their choices.

When it came to the rights on the list, Marsy's Law was very clear: it required the attorney general to design a card listing those rights and required the police to distribute these cards to victims. But since the right to counsel, although a constitutional right, was not on the list — no one has to advise victims of this right. The typical victim has no idea that he or she may have the right to counsel.

While it is true that many victims cannot afford counsel and many would not want independent counsel, these points are no basis for failing to advise one of a constitutional right. Even poor victims should have the opportunity to call Legal Aid about representation. But since victims are kept in the dark about this right, they do not have this opportunity.

This failure impacts restitution cases. In the absence of advice about their right to counsel, it is likely that any victim who received restitution could return to court, months or years later to have that restitution order set aside on the grounds that they were not told of their right to counsel. Locking at it this way, the huge majority of restitution orders entered since Marsy's Law is readily voidable by the victim. It would seem that both the bench and the prosecution should have a keen interest in avoiding this outcome, with its potential to generate more hearings and prevent closure of restitution. Yet neither is taking steps to add a sentence or two to their admonitions, which would prevent this.

Another constitutional right in Marsy's Law, however, is on the list: the right of a victim to a speedy outcome. Article I Section 28(b)(9) gives victims the right to "a speedy trial and a prompt and final conclusion of the case and any related post-judgment proceedings." To determine how this right works, it is helpful to consider the law of defendants' constitutional right to a speedy trial.

To analyze speedy trial claims, a court balances harm against the reason for delay: "any prejudice to the defendant resulting from the delay must be weighed against justification for the delay." People v. Contreras (2009) 177 Cal. App. 4th 1296. 1305. How much harm or prejudice must be proved is closely linked to the reason for the delay. "Purposeful delay to gain an advantage is totally unjustified, and a relatively weak showing of prejudice would suffice to tip the scales towards finding a due process violation. If the delay was merely negligent, a greater showing of prejudice would be required to establish a due process violation."People v. Nelson (2008) 43 cal. 4th 1242, 1255-1256.

When it comes to victims, the prosecution or the defendant could cause the delay. During criminal proceedings, there are many legitimate reasons for delays. It is difficult to determine in the abstract whether any pre-trial delay offends the speedy process right of a victim. An appeal of the conviction is a different situation. If a restitution order has been entered and the defendant appeals his conviction, the defendant will generally want a stay of payment of restitution. Applying the speedy resolution analysis, appeal is an intentional act by the defendant that prejudices the victim. This analysis suggests that a stay of payment of restitution should not be granted because it would violate the constitutional right of the victim. In re Fishman (1952) 109 Cal. App. 2d 634, used a different analysis to reach a similar result. The trial court refused to stay payment of a fine pending appeal. The Court of Appeal agreed, reasoning that the financial convenience of a convicted defendant was not a reason to grant a stay of payment of the fine. Similarly, the financial convenience of an appealing defendant should not be a basis for staying a restitution order.