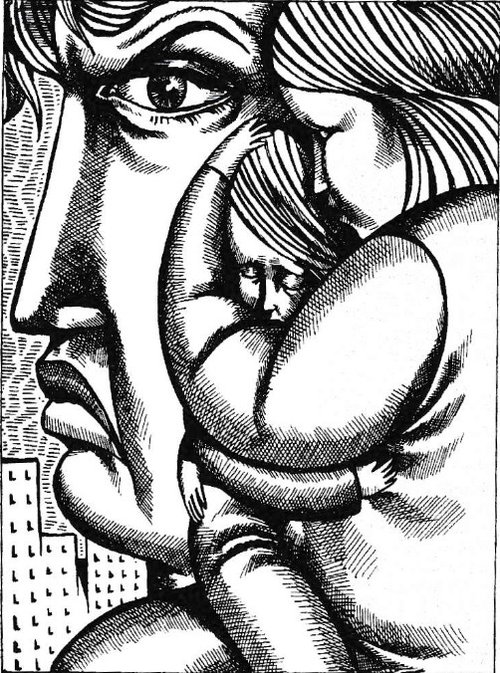 Proposition 9, the Victims' Bill of Rights Act of 2008, also called Marsy's Law, passed with almost 54 percent of the vote. It is an interesting proposition, starting with its supporters. Henry Nicholas, one of the cofounders of Broadcom, contributed almost $5 million toward its passage. His sister, Marsy, was murdered, hence the name of the bill. Nicholas is now facing a federal indictment for a number of felonies, including drug charges. This is ironic because major provisions of Proposition 9 dramatically reduce the ability of prisoners to obtain parole.

Another major supporter was Crime Victims United of California. This nonprofit receives significant funding from the California Correctional Peace Officers Association. The support of Crime Victims United is not surprising because, according to the California Legislative Analyst's Office, the passage of Proposition 9 will mean increases in state prison and county jail operating costs, which could soar to hundreds of millions of dollars. Much of these increases would go for additional prison guards for the many prisoners no longer able to obtain parole.

While the parole-related provisions of Proposition 9 were the driving reason behind its passage, it also came packaged with a victims' bill of rights, which sounded terrific for victims. In yet another irony, California is enjoined from implementing the parole provisions by order of District Judge Lawrence Karlton's ruling in Valdivia v. Schwarzenegger; 206 F. Supp. 2nd 1068 (E.D. Cal. 2002). For the time being, Proposition 9 is stripped down to the victims' rights provisions. Those rights include: To have the safety of the victim and the victim's family considered in fixing bail and release conditions; to prevent disclosure of a victim's address and medical or counseling treatment information; to confer with the prosecutor about the arrest of and charges against the defendant; to be heard at release, plea and sentencing proceedings; upon request, to notice before any pretrial upon request, to reasonable notice of all proceedings; to restitution; once a restitution order has been entered, the victim must receive the first dollars of any payment from the defendant; and the victim has standing to enforce these rights before the trial court and on personally, through a representative or through counsel.

There is little doubt that it is helpful to victims to have these rights enshrined as constitutional rights, It is also a major benefit to have a comprehensive list in one place. But many of these rights are not new. The easiest retread to is the right to restitution, which has been the law for many years in California.

The right to confer with the prosecution sounds like a very good idea until one considers how few cases are brought by prosecutors without talking to the victim, and how hard it can be to get busy prosecutors on the phone for a chat.

The right to prevent disclosure of a victim's address and treatment information also has an excellent ring to it. But Penal Code Section 964 already has a mechanism for protection of much more information relating to witnesses and victims.

Proposition 9 now mandates victim restitution, effectively removing the provisions of Penal Code Section 1203.3(b)(4), which authorized the reduction of restitution for compelling and extraordinary reasons. But there has never been a reported case in which restitution was reduced for compelling and extraordinary reasons. This is hardly surprising since judges are elected. Reducing a convict's restitution obligation to a victim would not be part of a winning judicial campaign platform.

What of considering the safety of the victim and the victim's family in setting bail? Certainly a splendid idea. But the California Constitution has provided for decades that public safety is a key concern in setting bail.

An apparent keystone of the new Proposition 9 rights is the grant of standing to enforce these rights. But this is more apparent than correct; Penal Code Section 1191.1 granted this right long ago. Courts have held that "the victim may assert his or her legitimate rights by the procedures available to the parties." Melissa J. v. Superior Court, 190 Cal. App. 3d 476 (1987).

Even the very nice provisions of Proposition 9 about notice of hearings to victims are just supplemental to what already exists in the Penal Code.

Interestingly enough, the California Legislative Analyst's Office did not think this would have any impact on state and county revenues.

Perhaps what is most puzzling about Proposition 9 is that, despite its huge marketing budget, the drafters did not focus on new tools for victims, or on what problems victims face currently that no statute or opinion already addresses.

On the other hand, this may not be puzzling if the victims' rights language in Proposition 9 is viewed as window dressing for the main purpose of the creation of more prison guard jobs.

While one could not expect Nicholas to know that this splendid statement of victims' rights was largely a rehash, there is one thing that any astute businessman would understand. If you pay a lot, you should get the naming rights. And he did.

Antonio R. Sarabia II is an attorney in Rolling Hills Estates who specializes in victim restitution.